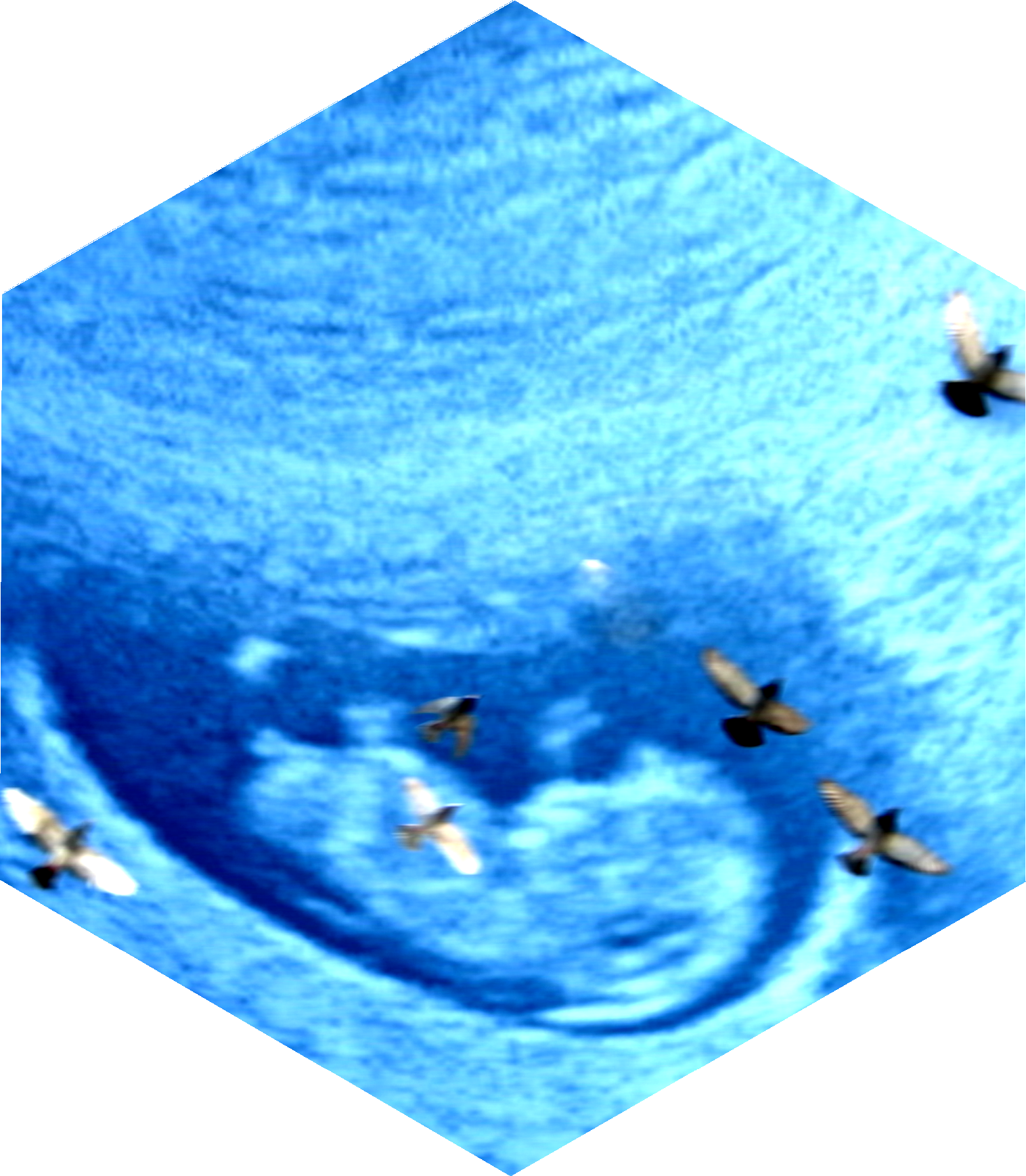 Birds of Maio was composed by Rui Costa and Maile Colbert in Portugal, 2008 and 2014.

Rui Costa and I met through our work. I was living in Los Angeles. Rui was living in Lisbon. This was about 10 years ago. Rui sent a track of processed and composed birds song, primarily swallows. We both work often with field recordings as the base of our compositions. Swallows are a symbol of spring, of hope, and of renewal. The Romans predicted their future by observing random flight paths of the swallows.

This seemed a perfect narrative to me at the time many years later, and many collaborations later after I had moved here and while pregnant with our daughter Odette. We worked on an album for her that included work and audio from our years together. I took the birds of May that Rui had sent and I added and layered through that personal archive we had... and it became Birds of Maio, which is from a dedication album for, at the time, our future daughter, called Future Memory for Odette.

The swallows and the other birds on this track were recorded in Nodar which is where Rui's family is from many many generations. This is also where we first met in person at an art residency run by Binaural Nodar.

So May, in Portuguese, Maio, is also when Rui and his twin brother Luis, both of who founded the organization and residency by Binaural, they were both born in May. I moved to Portugal in May. My nickname is 'Mai", "Maio", and our daughter was born in May. So lots of layers of time and significance and content to this wee little track.

Inspirations from inside the world of radio and sound:

Maile: I'm excited and thankful for the continuously expanding body of sound work that is using sonic techniques and expressions to highlight and address climate change.

Rui: I'm inspired by the writings of Seth Kim-Cohen on the shortcomings of a "sound-in-itself" approach to sound art.

And from outside of it:

Maile: My mind races, most of my inspirations are technically outside of my disciplines, but I think that is the case with almost every artist. I'm often really inspired by science fiction though, and have been as far back as I can remember. My father is a scientist, and my mother a fiction writer...those influences are always woven in my work somewhere.

Rui: I'm inspired by philosophical and cultural debates on how to navigate between a globalized & socially-mediated "reality" and an experience-based, individual and local perception of the world.

That this piece was born from a beautiful love story is evident in the intricate and intimate texture of the sounds. The pulsating soundscape traverses mood and plays with space in its reverberations. Who knew that symphonic wildness of bird sounds set against a gentle music box would be such a striking juxtaposition.

Maile Colbert is an intermedia artist with a focus  on sound and video. She is currently a PhD Research Fellow in Artistic Studies with a concentration on sound studies, sound design in time-based media, and soundscape ecology at the Universidade Nova de Lisboa, Faculdade de Ciências Sociais e Humanas, through the Fundação para a Ciência e a Tecnologia, and a visiting lecturer at the Faculdade de Belas Artes da Universidade do Porto. Her current practice and research project is titled, Wayback Sound Machine: Sound through time, space, and place, and asks what we might gather from sounding the past.

Upcoming projects: Sound design for filmmaker Irene Lusztig's Yours In Sisterhood, which applied some of my new research and methodologies in sonic representation of time, space, and place. I also will be working at the end of the month in Denmark as part of that Sounding Bodies project!

Rui Costa is a sound artist from Lisbon, Portugal. He is a founding member of Binaural/Nodar, an arts organization founded in 2004 and dedicated to the promotion of context-specific and participatory art projects in rural communities of the Gralheira mountain range, northern Portugal. Rui has been performing and exhibiting his work since 1998 in festivals, galleries and museums across Portugal, Spain, Italy and the United States and has been collaborating regularly with the American intermedia artist Maile Colbert. Rui Costa is also a regular speaker in conferences and gives workshops dedicated to sound art.

Upcoming projects: I've had the pleasure of participating in Brandon Labelle's Dirty Ear symposium in 2016 in Lisbon, Portugal, which included a collective exhibition where I presented an installation called Codes of Affect. A book about it will be released on Errant Bodies Press later this year.