Are We There Yet? The Burdened Land 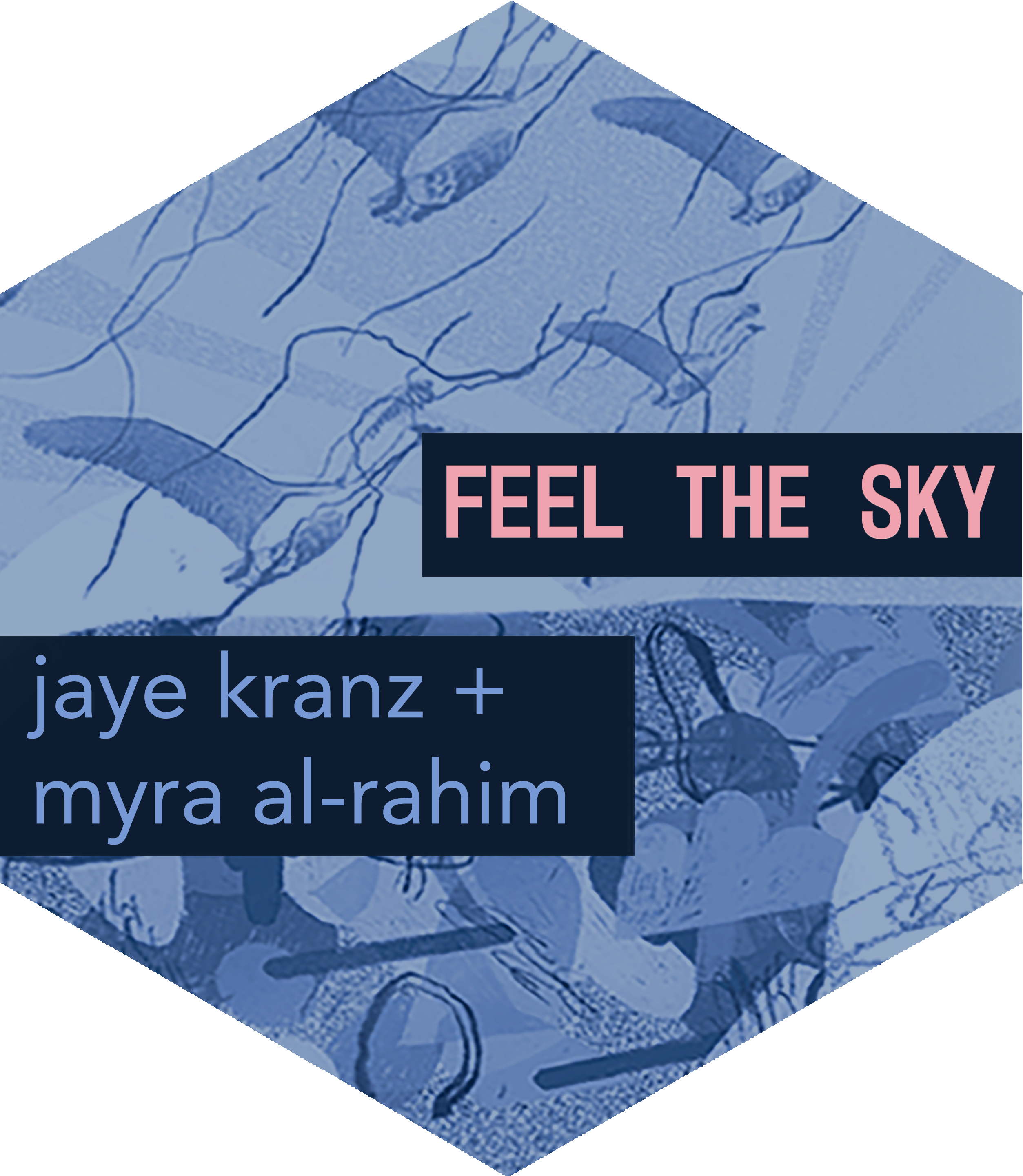 For the first episode of Constellations’ 2020 season, we present FEEL THE SKY, a duo of sound works in conversation composed by JAYE KRANZ (Australia) and MYRA AL-RAHIM (USA). Both extend from the same starting point – a recording from 1992 made by a news reporter unfamiliar with field recording, but entranced by a chance encounter with trumpeter swans on an icy lake. Originally recorded on cassette, Constellations digitized the material and commissioned Kranz and Al-Rahim to compose their own landscapes – both real and imagined – in response. Take an interior road trip in “Are We There Yet” (Kranz), a journey across interior ecologies and mountain peaks. Then venture into “The Burdened Land” (Al-Rahim), a sprawling whorl that considers borders from the perspective of migratory bodies that cannot be contained within them.

Both works take inspiration from field recordings by Heather Evans on the ancestral and traditional territories of the Haisla Nation.

Are We There Yet?

“Are We There Yet?”  is a strange, recurring road-trip towards home. A home we can never really find or retrieve; while at the same time, being a home we have already found: the one that is already ours. Like a circular roadmap for finding our way there. We hear the same driving tape over and over, but we move through different landscapes, across vast spans of time and place, in a dreamscape where the laws of separation and structure, boundary and contour, do not apply.

When Heather speaks of the landscape she captured on tape in ‘92, it’s as if that place still lives in her. This made me think about our own private landscapes, as opposed to those external geographies we share with others. There are places we carry inside us, haunted and haunting; those that once were and are no longer, but whose maps we still clutch. And those we imagine—the ones no-one else can glimpse, but that we live alongside, often intimately, all our lives.

There is bleed between our experience of external landscapes and interior states. They resemble one another. We borrow from one to furnish the other. We are instructed by both. And so here, imagined geographies of home sit alongside their physical counterparts. Sometimes they are treacherous, unpredictable. These are landscapes of mineshafts and coal-seams; grounds plundered and sundered that could split apart at any moment. These sit in sharp contrast to the immutable, forever-safe places we build ourselves: the impeccable, unswerving, untouched idylls of our imaginings. In all, there are notes of nostalgia; a sense of something that is both lost and beyond the reach of loss; both time-worn and outside of reach of time.

My thanks to: Library of Congress, Mary Hufford, Garth Davis, Angeliki.

Heather's tape appeared to me like a haunting. The crackle of snow beneath her feet as she walked across that icy plane, the distant call of trumpeter swans, the all-engulfing sky above her. The feeling of aloneness conveyed to me through the recording was immense. When I began developing “The Burdened Land”, I knew I wanted to create an environmentally-conscious piece, though not in the traditional sense of the term. I wanted the work to have a distinct feeling of space and scale. I sought to explore the thematic interconnectedness between the migratory paths of birds and the sprawling supply chains of capital. Heather's original tape appears close to the beginning of my piece and continues throughout Act 1. I imagined she was taking a new journey through the sonic landscape I created for her to explore.

In his book Birds of the Pacific Flyway, author Robert Wilson says, "No group of animals crossed more boundaries than migratory birds. They traversed every border the modern nation-state constructed." When I read these words, I couldn’t help but think of the arbitrariness of borders; how nation-states, like the bird refuges, are incapable of neatly containing the bodies and species within their boundaries. I think of bird migration patterns in conjunction with sprawling supply chains that are so large they lack fundamental accountability. Birds of the Pacific Flyway, as well as the work of economist, Saskia Sassen have helped me to consider humans’ inability to contain things, species, processes of capital, that are inherently uncontainable. “The Burdened Land” investigates questions around man-made borders, non-human migration patterns, and networks that are fundamentally too large to be contained. I wondered: What happens when humans/government agencies make themselves responsible for the management of massive networks, systems, and processes, both human and non-human, that are fundamentally too large and complex to manage?

M. Bassel Al-Rahim is a sound designer and electronic musician. You can find some of Bassel's other work here.

JAYE KRANZ is an award-winning documentary audio producer and writer based in Melbourne, Australia. Her work sits broadly in the areas of audio features—for podcast and broadcast; literary nonfiction; narrative journalism; and personal storytelling.

Ariana Martinez is a multimedia artist making images, objects, and audio documentary. Their practice investigates the impact of geography, space, and place on individual and collective experience.

Ariana is interested in sensations of placeless-ness, disorientation, and the inventive place-making that emerges from spatial and cultural fragmentation. Their practice incorporates responsive processes like life drawing, field recording, mapping, replication and reenactment as ways of world-building. Attuned to the ecological, cultural, and historical facets of natural landscapes and built environments, Ariana works toward a collaborative dialog that responds to each place’s existing qualities, systems, memory, and imagination.