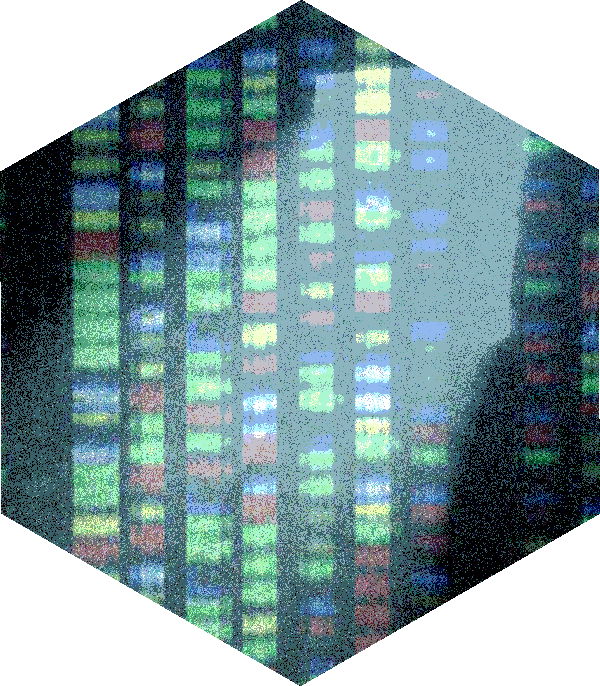 Does a spider’s abdomen sound furry or crunchy? How much sameness do I share with a cardinal? A mouse? Or the mold in the corners of my bathroom?... I should clean my bathroom?

In BASIC INGREDIENTS we’re into objects - both seemingly inanimate and living - to reconsider our relationship to the spaces that surround us.

This episode of constellations was edited by Matthew Kariatsumari and Michelle Macklem.

Dust coats every surface in our homes, congeals in our nasal passages, floats across continents, settles onto the ocean floors, and rains down from the sky as a diaphanous reminder of the origins of the cosmos. The bible places it at the start and finish of everything, and science agrees: it is now understood that without a thick cloud of dust stars cannot form. More than one hundred tons of space dust falls to the earth every day. But what could be more ordinary than just. We brush it from the surfaces of everything in our homes. It gathers with the cat hair and lint under the bed and it clings to the spiders’ webs in the corners. Day to day it is difficult to keep in mind dust’s terrifying power of erasure. We don’t necessarily think of it until we see it blaneting fields and valleys after a volcanic eruption or see photographs in history books of entire farms buried alive during the Dust Bowl.

Our contemporary thoughts about dust seem mainly to spring from the American fetish for cleanliness. It is easy to overlook the fact that links forged between poverty and drift are often encouraged by the vilification not just of the potentially disease-breeding participles but also of the poor themselves. And as we learned more about first, dust, droplets, fine particulate pollutants and the link, a vast multibillion dollar industry has grown up around devices and products that allow Americans to sweep, swab, polish, vacuum, disinfect, wipe and otherwise feed the fruistless dream of eliminating what cannot be eliminated.

Dust also marks time. Its inexorable accumulations make visible the minutes and hours and years. As our bodies age, we witness our own parts turn to dust, as joints grind away, teeth crack and wear, hair falls out and becomes brittle. Watching dust slowly circulate in a shaft of sunlight can be melancholy or transcendent, depending on the moment and the thoughts in our head. Perhaps this is because dust is essential, a basic ingredient in ever

The Land Owns Us

This piece explores the relationship of humans to the world around us by sonifying DNA sequences of ten organisms we interact with in some way in our daily lives. You will hear sounds from the DNA of human, house centipede, northern cardinal, brown marmorated stink bug, yellow sac spider, house fly, house mouse, cladosporium (a common indoor fungus), American cockroach, and rock pigeon. I use the COI (cytochrome c oxidase subunit 1) gene as it is classically used in evolutionary biology to delineate species boundaries.

The larger the degree of difference between the COI sequence of two organisms, the farther apart their relation, and vice versa. I overlay the DNA sequences on top of one another, and in their sonification, the similarities and differences in the sequence become apparent aurally.

I overlay the piece with the voices of Aboriginal elder, Bob Randall (The Global Oneness Project 1 & 2), conservationist, Rachel Carson (The Silent Spring of Rachel Carson - CBS Reports), and evolutionary biologist, Stephen Jay Gould. Bob Randall brings an indigenous perspective on human relationships to one another, to all life around us, and to the land itself through deep time to redefine western perceptions of ‘family’. Rachel Carson is credited to essentially awakening the West to problems with human industry and the impacts pollutants on natural systems. Stephen Jay Gould is hugely influential in critiquing a bias among evolutionary biologists to think of evolution as a machine of forward progress allowing life to continually adapt to its surroundings, instead of considering it as basically a ‘happy accident’ in which adaptation plays a small role. Taken together, these voices critique the dominant settler colonialist, capitalist narrative of human’s top position in the [nonexistent] hierarchy of life and land.

Database page for each sequence used:

HUGE shout out to Matt Kariatsumari & Michelle Macklem of Constellations, Akash Bansal, and Margot Fabre for their comments on every draft of my piece.

Things that inspired this piece

First aired on The Lake Radio.

Clare Dolan is a Nurse/Puppeteer whose enthusiasm for everyday life led to the creation of the Museum and the great period of growth it has enjoyed in the early part of this Century. Her early interest in object collection and her experiences as a touring puppeteer with the Bread and Puppet Theater during her formative years informs the ever-expanding activity of the Museum as it pursues its mission of glorious obscurity.

Nishant Singh is a PhD Candidate at the University of Toronto. He studies animal behavior and evolutionary biology as it relates to the evolution of social behavior in spiders. Nishant also DJs and make music! IG: @sarovar__
Twitter: @nish_irl