Translation (a prayer) During the drought the road is dry 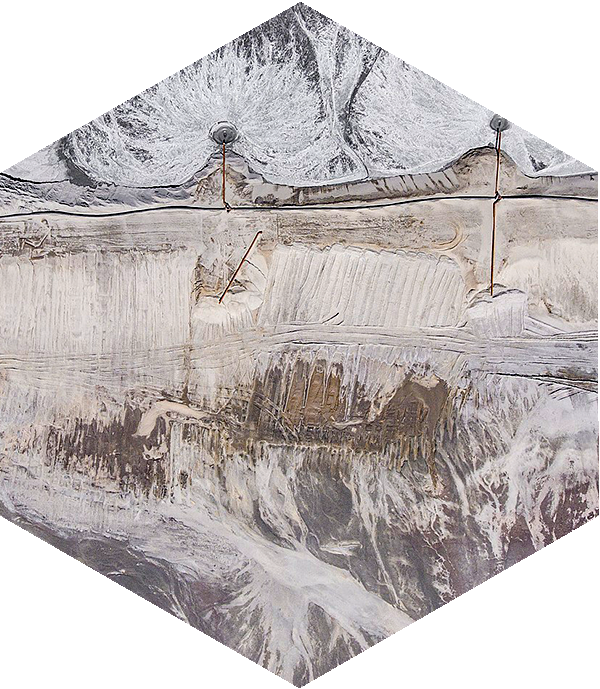 Language is inextricably linked to land. In this episode, we explore how the shifts in the landscape have impacted language across generations and cultures.

“During the drought the road is dry” by Bartosz Panek

Translation (a prayer) was produced by John Isaiah Edward Hill. Aliya Pabani provided editorial support on behalf of Constellations. Thanks to the University of Wisconsin Oneida Language Dictionary Project.

This piece is dedicated to Maria Hinton, the Oneida speaker heard at the end of the piece, and to Ima "Akoh" Johnson, Mohawk-Cayuga faithkeeper and language teacher. Without them, I would have no courage to speak. This piece is also dedicated to the land and its defenders everywhere.

This piece is a prayer and poem which speaks directly to the ancestors and the future generations through language. A prayer and a promise.

It's goal is to send a message to generations passed and generations to come in the Oneida language, which is endangered by settler-colonial violence. The piece features two voices, the English voice which is static and unmoving, and the Oneida voice, which moves in a counter-clockwise motion, representative of traditional Haudenosaunee dance practices. When Sky Woman, our great-grandmother, danced on the great turtle's back, she did so in a counter-clockwise motion, and so the Haudenosaunee people do so to honour her.

Haudenosaunee people understand our responsibility to the land that gave birth to us, and so this piece is an address to not only the generations that have long since returned to the land, but those who are set to inherit this land. Across Turtle Island, Indigenous people are fighting to protect their ways and the land, and this poem is a message, a promise, to the next seven generations that we will not stop fighting on behalf of the land and the water and the non-human beings.

I'd like to shout out the actions being taken to defend the land and to defend the sovereignty of nations across Turtle Island. I would like to specifically highlight the struggle of my people at 1492 Landback Lane and the Sipekne'katik Moderate Livelihood Fishery (Sipekne'katik Moderate Livelihood Fishery). Both of those actions require supplies, people, and support, and so any help that can be provided to them would be incredible. Let our voices be heard, for we speak for the land!

During the drought the road is dry

“Susza wywarła wielkie spustoszenie” (the drought has exerted havoc)— this sentence is one of the best known in Polish cinematography. In the movie Rejs by Marek Piwowski, where it appears, it means almost nothing but creating a kind of surrealistic situation.

But “The drought has wreacked havoc” is real now. I explored the language we use and used to describe lack of water/dryness/heat. It's a new situation many of us face for the first time in our lives. The language didn't change at all, but some old words put in a new context begin to resonate.

Can you see the drought?

Take a look there, up there: dryness has just appeared. So it’s visible.

If the whole area of the grass here is burned by the sky, it’s obvious there’s drought.

In my backyard I have a garden with some vegetables, and it was visible there too. You just need to dig your finger into the soil and you know if it’s dry or humid. So when the vegetation started in  May and June, there was a kind of crisis. But not now.

Sasha is treading down a dry road,
He can hardly walk, that’s foreboding.
The heat is pouring out of the sky,
During the drought the road is dry.

Dry across, dry out, dry over, totally dry...

John Hill (he/him/they/them) is an Oneida poet, queer writer, and working class artist from Hamilton, Ontario. Their artistic values are enchantment, solidarity, justice, and magic. They are currently trying to start a union for Indigenous creatives.

Bartosz Panek is a radio feature documentary maker and reporter with almost 20 years experience. He is the winner of Polish and international awards, including the Prix Italia for best radio documentary. His work has been highlighted in competitions in Italy, France and Croatia. He is the co-founder of Free Range Productions and Audionomia Foundation.

Bartosz is a stipend holder from the Polish Ministry of Culture and National Heritage. His first book— on the Polish Tatars— was published in the summer of 2020. He is on Facebook here.